What Are “Smart Pills?” 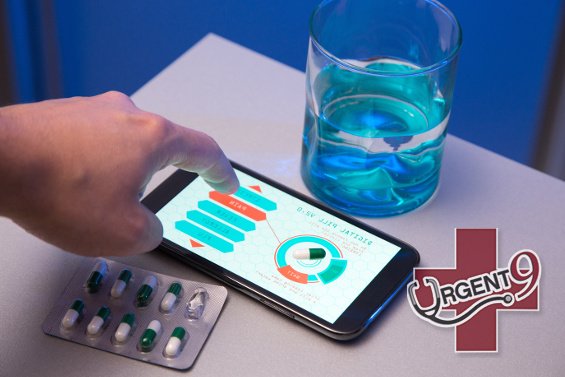 So-called “smart pills” sound more like science fiction than reality — but late last year, the FDA approved the first of what is sure to be many of these futuristic drugs. So, what exactly are “smart pills,” and how will they be used in patient care?

A Pill That Pairs With Your Smartphone?

No, you’re not reading the discarded script to an old Star Trek episode. In 2018, medical advances continue to come in leaps and bounds, and researchers are constantly wracking their brains for ways to augment traditional medicine with the major progress we’ve made technologically as a society. Enter the concept of the “smart pill,” or a drug that you take that provides data after you’ve swallowed it.

Sound like a pipe dream? Believe it or not, the first smart pill has already been approved by the FDA, with more on the way. The technology now exists that allows a patient to swallow a pill, which then begins transmitting information back to a smartphone app as soon as it comes in contact with stomach fluid. On its most basic functional level, this will allow caregivers or physicians to confirm when a patient has actually taken their medication; and potentially, it can help remind patients who may have inadvertently forgotten to wash a pill down.

Taking the concept even further, however, is where the idea of a smart pill really gets exciting. What if the pill could provide diagnostic information about the patient’s condition from within the body, totally sidestepping the need for some invasive (and even some relatively non-invasive) procedures? Researchers are already hard at work perfecting the technology to do just that, and it appears that the first area to leverage that technology will be the gastrointestinal tract (since that’s where the pill physically goes).

As mentioned, there is already a pill approved by the FDA that will alert a smartphone app when it has been taken. That pill, called Abilify MyCite, is typically given to schizophrenia sufferers to help ease their anxiety and paranoia. As you can imagine, it’s especially important for a schizophrenia sufferer to make sure they don’t forget a single dose of medication. Abilify MyCite adds an extra layer of protection to make sure that the patient remains medicated as necessary.

There are some doubts as to whether this is a particularly effective first affliction to target with a smart pill. After all, schizophrenia patients routinely report feelings of being watched or monitored against their will. Given that this pill literally does perform that function (albeit in a beneficial way), it’s anybody’s guess as to whether Abilify MyCite will prove to be the standard of care for most schizophrenia patients.

Regardless, this one drug is just the first of what will almost certainly be a cascade of these types of medications in the near future. It’s not hard to imagine how a smart pill paired with a smartphone app could provide incredibly accurate real-time information about patient diagnostics. Even if you’re currently healthy and not on any medication, that should be welcome news as the medical community continues to tap technology to increase and improve our lifespans.